Buildings need to dry. But they also need to be airtight. And the tighter we build, the more important it is to ensure that wall assemblies are designed to dry. That’s where vapor permeability comes in. When a building material is semi-vapor permeable or vapor permeable, it allows moisture to move in both directions. High-performance wall assemblies rely on these materials to be considered “vapor open”.

To properly manage moisture, the degree of permeability as it pertains to the design of the entire wall assembly AND the climate are both important considerations when choosing building materials.

Water vapor diffuses through building materials from the warm, humid side of a building toward the cold, dry side. In the summer, vapor is driven into the interior. In the winter, that moisture is driven to the cold temperatures on the outside of the wall assembly. This movement is called vapor drive. It’s pull can quickly reverse in the winter if the sun heats up the exterior wall and drives that moisture back in, known as inward solar vapor drive.

“If the components of a wall assembly are poorly chosen…there may be no faster mechanism for destroying a house than inward solar vapor drive.”

Traditionally, wall assemblies place the higher VP material (WRB) up against the sheathing, and the less permeable (insulation) on the exterior of the WRB. But walls can become super-saturated if the rate of vapor drive happens too quickly. This traditional type of assembly isn’t always able to dry properly, leading to moisture damage.

The placement of the WRB and the insulation matters. That’s why the ThermalTight™ System provides one of the most effective drainage and air barrier systems for the building envelope.

ThermalTight is designed with the higher VP layer (WRB) on the exterior of the panel, and the lower VP layer (Neopor® GPS rigid insulation) up against the sheathing. This controls the rate of vapor drive from the exterior during the heating months, allowing moisture to move outside at a rate similar to the rate it is introduced into the wall assembly from the interior. 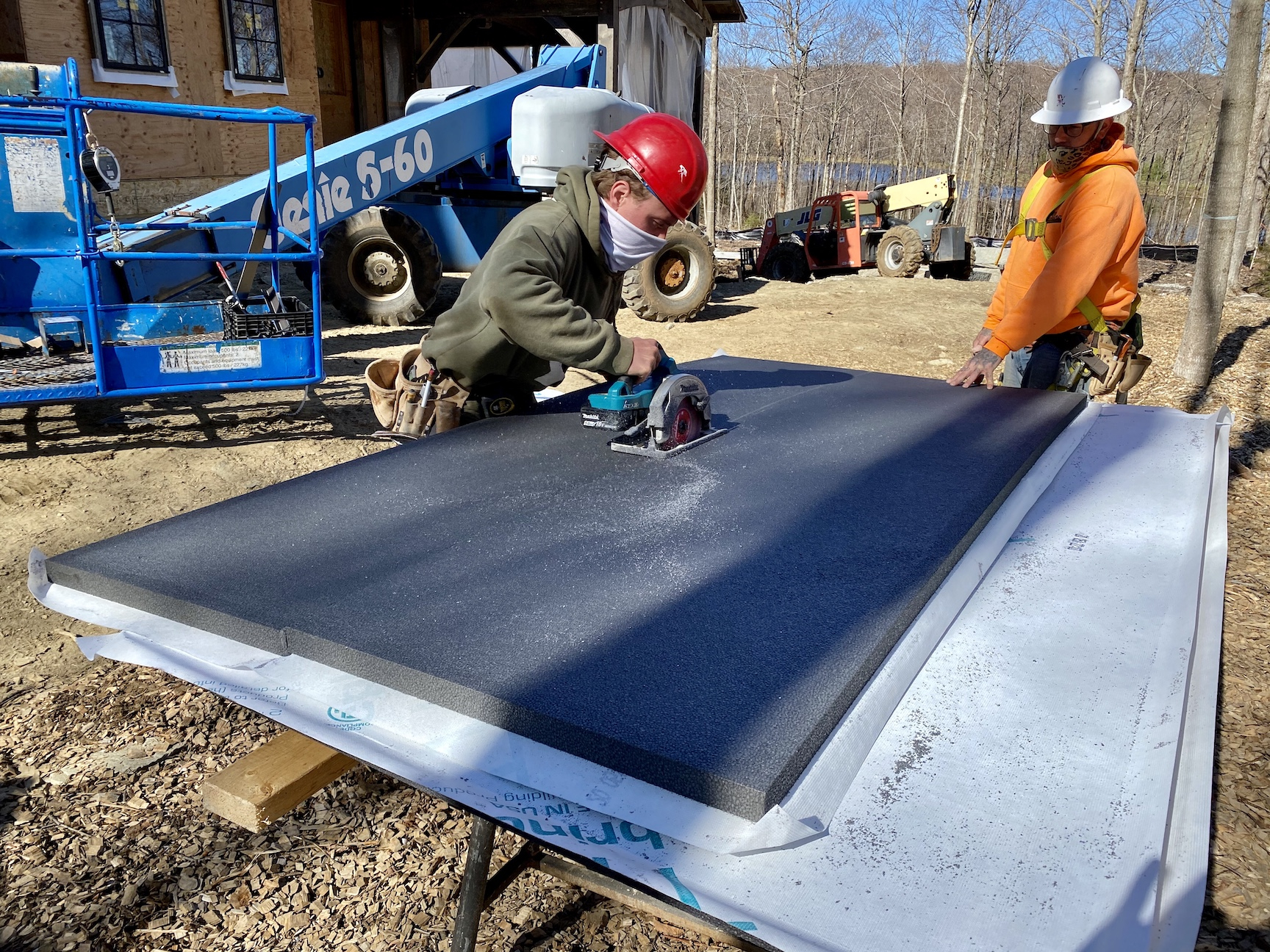 On sunny winter days when inward solar vapor drive can occur, the different layers of permeability of ThermalTight slows the moisture movement into the wall until the solar drive is over, when moisture can continue to be pulled to the outside of the building.

During the cooling months, when air-conditioned interior space is the norm, this layering is also important. The outermost layer of the ThermalTight WRB lets vapor escape to the exterior when needed, and the patent-pending flap system stops air leakage from introducing more moisture into the wall assembly.

The lower, semi-vapor permeable rating of the Neopor® GPS rigid foam insulation slows the moisture movement as it is being pulled into the wall assembly, moving from the summer heat to the cool, air-conditioned interior. At this slower rate, the wall is still able to let the vapor pass to the interior, without allowing condensation to occur on the drywall.

ThermalTight is vapor open, and designed to dry. It prevents super-saturation of the wall assembly regardless of differences in climates.

Building with airtight, vapor permeable ThermalTight panels helps to prevent costly mold and mildew damage, making it an ideal building envelope solution for builders in most regions. Learn more about the advantages of the complete ThermalTight™ System here.